He is one of the few thinkers whose work looks both to the way place functions as a substantive focus of inquiry and as a guide to the methodology of inquiry. The 'philosophical topography' that lies at the centre of his thinking not only involves taking place, topos, as a key concept, but also entails a transformed concept of philosophy itself. As human being is 'topographical', so too is philosophy — thinking, no less than being, is always 'placed'. Much of prof Malpas' work has involved a dialogue with key thinkers from the phenomenological and hermeneutic traditions, and so has equally been significant for the light it has shed on those thinkers.

His own 'topological' reading of Heidegger is now seen as a distinctive position within the Heidegger literature that stands apart from, and to some extent in competition with, the other approaches. The focus on place underlies Prof Malpas' work in other areas giving rise to a distinctive approach to ethics that also has consequences for thinking about contemporary culture and society.

Prof Malpas has been deeply critical of the rise of corporatized, bureaucratic models within public life and public institutions and of the seeming loss of genuine ethical commitment across much of contemporary society. His claim is that 'ethics' has too often been replaced by an ideology of compliance that is itself corrosive of real ethical conduct. Against this, Prof Malpas argues for a view of ethics as grounded in our prior commitment to the communities, and so also to the places, in which we find ourselves, and as an essentially critical and self-reflective critical practice.

Prof Malpas's work is highly collaborative. In , for example, he participated in a major interdisciplinary event in Eichstatt Germany that drew together the key researchers on place with key researchers on situated cognition to explore connections between these areas. He is currently joint editor of the Journal of the Philosophy of History, and also serves on the Editorial Boards of several international journals.

Prof Malpas' work has had a tangible impact for end users in many traditional areas, providing scholars with new ways of connecting ideas about place, space and self, and of thinking about key philosophical figures and concepts. Prof Malpas is an alumnus of the Alexander von Humboldt Foundation, and was awarded resumptions of his fellowship in , and In , he was awarded the University of Tasmania inaugural Postgraduate Supervision Award, 'in recognition of significant and sustained contribution to graduate research education and training at The University of Tasmania'.

Prof Malpas is currently working on a wide range of topics and projects including: the ethics of place, the failing character of governance, the materiality of memory, the topological character of hermeneutics, the place of art, and the relation between place, boundary, and surface. All of Prof Malpas' monographs and edited volumes, throughout his career, have been published with highly reputable and prestigious presses—Cambridge, MIT, Chicago, Springer, and Routledge.

The fact that his work is now increasingly being made available in translation from Italian to Korean is additional evidence of its impact and influence. Whether for journals or edited volumes, almost all of the essays Prof Malpas has published over recent years have been invited submissions, and as a result he has published in a wide range of journals and volumes, and often in non-English-speaking publications. 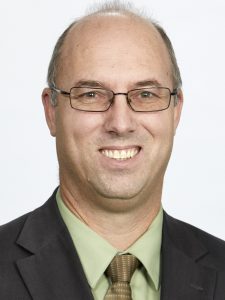 He is particularly interested in work that connects directly with his own research interests, but is happy to consider any work that is interesting and innovative in its own right. Perhaps the only area in philosophy in which he has not supervised or examined is in formal logic.

Tina Tasiopoulos — Family violence perpetrator interventions in Victoria — Something new? Jessica Burley Nordic Noir — An exploration of cross-cultural discourse produced by foreign fictional crime television. Haylie Parker Women and Radicalization in Indonesia. Shih Joo Tan Laying blame: Popular understandings of consent and victimhood in cases of image-based sexual abuse among Australian youth. All presenters and participants are required to register for PECRC and meet their own travel and accommodation costs.

PECRC delegates will have the opportunity to cast their vote for the best presentation from lunchtime onwards, with the winner receiving the Monash University Postgraduate Prize. It will showcase the innovative research currently being undertaken by students across Australia and New Zealand, while also incorporating expert-led sessions on issues of relevance to those in the early stages of their careers, including: Engagement and public scholarship Publication, thesis and postgraduate completion Careers in and out of criminology.

Reimagining the social bodies. Old Arts An emotional attack: on how a counter-terrorism measure wields emotions for political purposes Anna Nguyen. How do operational police approach their decision to refuse bail? Cliff Sayer.